What's on your mind?

My friend recently got into the Good Omens rabbit hole, and he pulled me down with him. So, i was wondering about it a little bit? Just anything is great!

Heyo! Is this fandom still alive? I wanted to check because I wanted to ask something: Does anybody want to ramble about how gay it is? If not I'd understand.

Hey, I'm pretty new to the Good Omens Fandom and wanted to say hello. It is common to do that at other wikis, don't know what it's like here. So just: Hi I'm Maeglin. I finished Good Omens last month and already read it a second time since then. I've also watched the show already and am sooooo excited for the next season! My favourite characters are Crowley, Adam and Aziraphale (in that order),in the book as well as in the show. I love all the other characters too, all of them are just icons.

They're actually doing a season 2 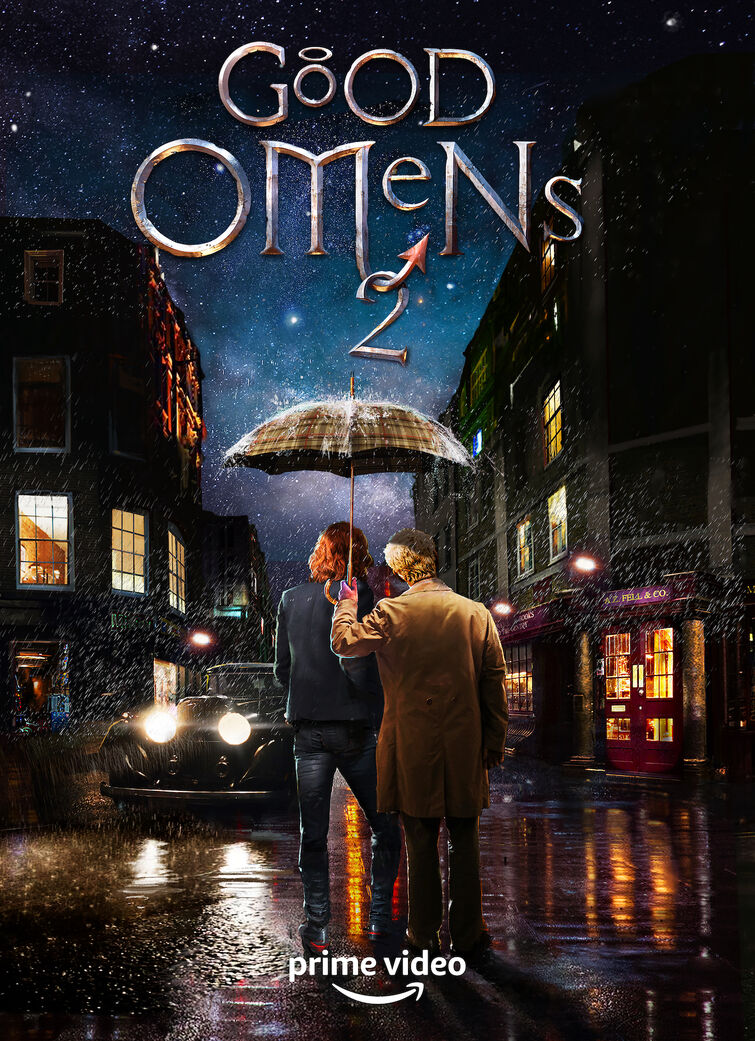 I was looking at some gifs of the bridge scene just after Adam and Eve get kicked out of Eden. And I thought about it, and I was wondering whether the original clothing (robes?) worn by angels and demons at that time was specially modified with holes/long splits (depending on anatomy) for the angel or demon's wings. After all, when I read the part of the book where Satan (nearly) rises to Earth, it described how Aziraphale and Crowley more or less ruined their shirts by merely unfolding their wings, so...

CrowleyAziraphaleAngel
YES!! How could they not??
No, and I'm salty about it. >:(
No, thankfully.
Yes, unfortunately.
I don't think they'll make another season of it.

Oh my god! Why I didn't see this wiki before? :o

If you need me am I here for hook up chat me up >>>robertlaura071@gmail.com

“Many people, meeting Aziraphale for the first time, formed three impressions: that he was English, that he was intelligent, and that he was gayer than a tree full of monkeys on nitrous oxide.”

So, when Crowley was sleeping for a century, was Aziraphale secretly super depressed or what?

.... I mean, Crowley is the one friend (or according to Aziraphale, “hereditary enemy”) he is close to because they’ve been around eachother for literally centuries. When Crowley SLEPT for an entire century I think Aziraphale would just be discreetly ruined.

If the roles were reversed Mr. Anthony Janthony Crowley would probably cry for hours every other day, and make the world a freaking disaster, ya know?

So what was up with Aziraphale?

Aziraphale and Crowley goes to America for interest. They go to Kansas, they found an angel Castile and the Winchesters

CrowleyAziraphale
An Angel
A Demon
A human
Some one like Adam
A hell hound
Other...please comment other